Tim Stonor is an architect and urban planner who believes that buildings and places should not only look good – but work well too.

This may sound obvious but it’s not what most architects are taught; which is largely why many buildings and public spaces look great in magazines but often don’t work for the people who have to use them.

Tim is the Managing Director of strategic consultancy, Space Syntax Limited and a Visiting Professor at The Bartlett, University College London. His work takes a science-based, human-focused approach to planning and design. It bridges between fundamental academic research and major project applications worldwide. The aim in doing so is to improve the quality of architectural and urban practice through the development and dissemination of science-based tools. Space Syntax tools measure and forecast the influence of spatial layout on social, economic and environmental outcomes such as movement patterns, land use vitality and carbon emissions. Space Syntax integrates cutting edge research with creative practice, bringing a level of rigour to planning and design that is too often missing.

In 2010-11, Tim was based at the Harvard Graduate School of Design as a Loeb Fellow and at the Lincoln Institute of Land Policy as the Lincoln Loeb Fellow. He devoted his time at Harvard to the issue of dissemination: how can the Space Syntax approach be most effectively disseminated to the people – professionals and non-professionals – involved in planning, designing and deciding on the buildings and places that will shape our common future?

The practice operates from studios in Paris and London.

Tim speaks regularly to conference audiences throughout the world and has contributed to television and radio programmes on urban planning and design.

Tim trained as an architect at The Bartlett, University College London and at the School of Architecture, Oxford Brookes University. He graduated from both with distinction.

He joined the Royal Institute of British Architects (RIBA) in 1996 and the Royal Town Planning Institute (RTPI) in 2005.

Appointments
Tim is Deputy Chair of the Design Council and a founding member of The Academy of Urbanism (director 2008-10, 2011-20). In 2015 he joined the Worshipful Company of Chartered Architects, a livery company of the City of London. 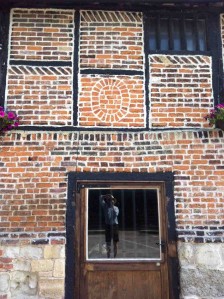